Taunton is the county town of Somerset and the name is derived from it being situated on the River Tone, Tone-town which has later become Taunton.

It was an important town during saxon times and over the years there have been a number of military incidents in the area. These include some Cornish rebels murdering the Provost of Penryn while in the town and later the Perkin Warbeck rebellion also ended nearby. 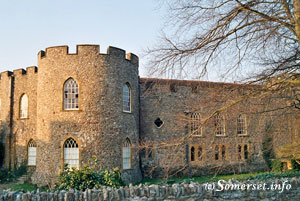 In the centre of Taunton is the castle which again had a basis in Saxon times, but was rebuilt by the Normans and . During the civil war the castle changed hands a number of times. Later the infamous Judge Jeffreys "The Hanging Judge" condemned a number of rebels during the Bloody Assizes trials. Today the castle houses the county museum.

With the arrival of the Grand Western Canal and later the Great Western Railway Taunton became a thriving market town with a number of buildings in the centre of the town to match its County Town status. In addition to these facilities, it is also a good base for exploring the nearby Quantock Hills and the Somerset coast.